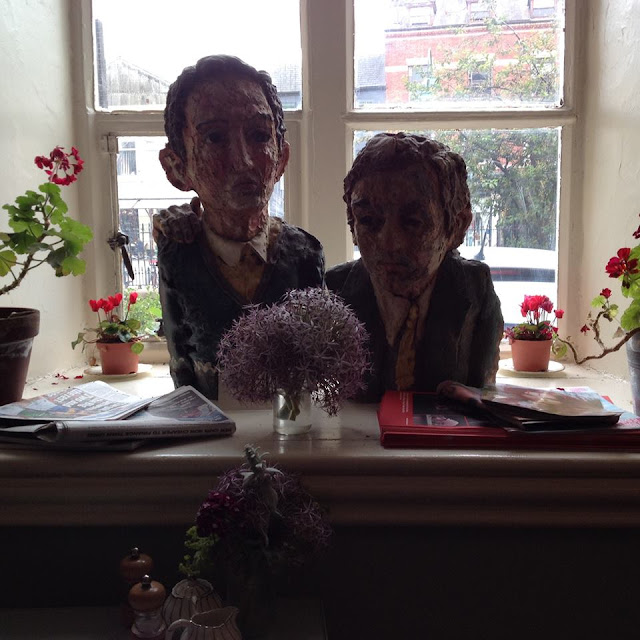 I am aware that recently I haven't been as active as I would have liked (this must be the third break I've taken from blogging, oh dear!) but you know those moments when life just kind of seems to get in the way? Yeah, I've somehow managed to entangle myself in yet another one of those and blogging has had to sit patiently on the side while I huffed and I puffed and finally I untangled myself from it.

Here's a quick life update from yours truly:
Here is said poem. It's kind of an unusual one. I wanted to write something different but with a hidden message which I hope you understand. It's called 'Outside Cafe Jazz'.


Crouching outside Cafe Jazz with an empty coffee cup,
Collar braced against the world,
Quivering lips.

She eyes polished leather shoes
And suitcases,
And pink Welly boots
And paws
That stutter as they approach,
As though guilty,
As though wishing she wasn't
Shivering outside their local cafe,
So that they could enjoy their goddam coffee
In peace.
Posted by Unknown at 18:11

Email ThisBlogThis!Share to TwitterShare to FacebookShare to Pinterest
Labels: poetry